The following set of photographs belongs to a series I am working on here in New York:
"Exit".

Exit signs seem to be surrounding us everywhere in the city.

And however simple the word "EXIT" seems to be, it is loaded with a deeper meaning. It is an imperative command, that also involves a sense of danger. When seen, it is accentuated by the standardized use of the color red and a simple elongated typography.

But an exit also encloses an interesting contradiction far from the context of imperativeness, danger and obedience. It involves a relief in itself: Given the opportunity to escape from fire, arson or any other dangerous situation, an exit is no other thing but a blessing. I am interested in exploring that duality with this series. 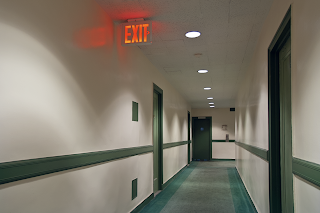 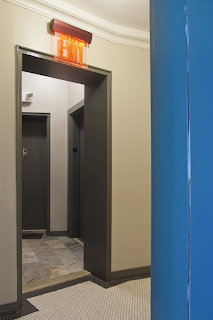 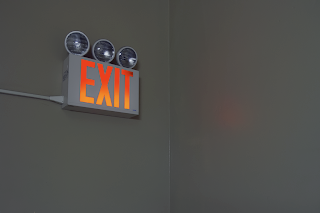 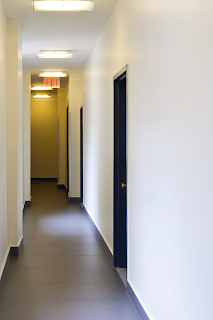 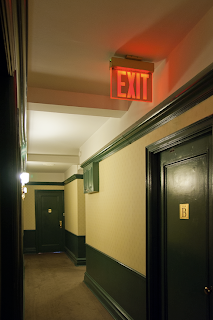